I've been to Las Vegas more time than I can count since we have a house there but what always amazes me is the food on the strip.  I have to say the Sugar Factory Las Vegas at Paris exceeded my expectation this trip!  Maybe it was because Chef Matt is the sexiest Chef in Las Vegas or the drinks that Bar Master Greg served up were one of a kind I just can't get enough of this place! 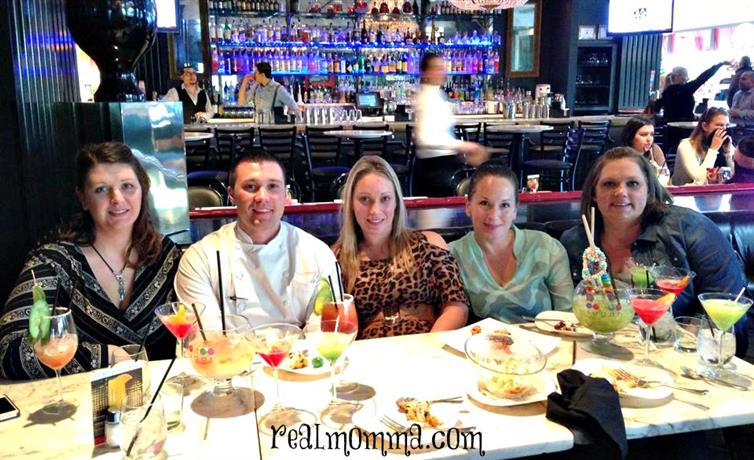 We were served with an amazing assortment of dishes from the kitchen including:

The appies were truly amazing and went down in minutes along with our fishbowl signature drinks of White Gummy Goblet and Lollipop Passion Goblet.  If these drinks won't get the table talking the food will! 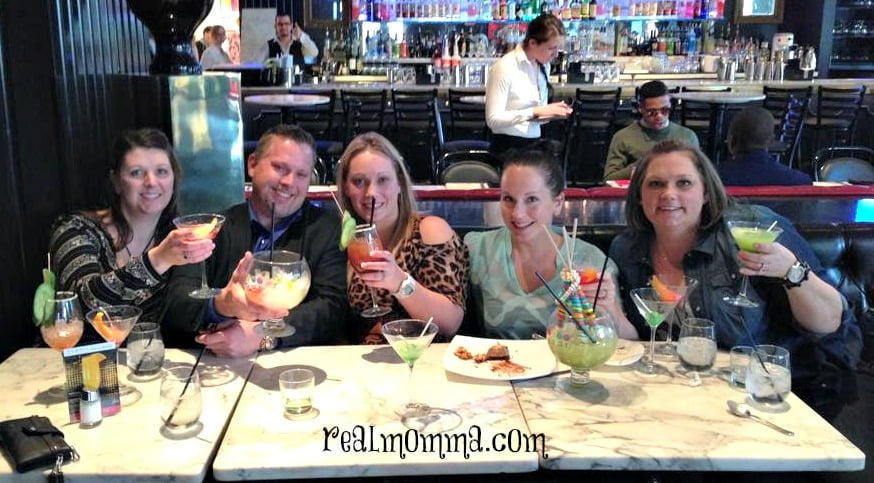 As the meal progressed the food got a little more serious and so did the drinks, the Sugar Factory is amazing!  I have to say this was the first time at a restaurant I've ever had a Liquid Nitrogen bar pull up beside our table!  The drink that Greg made were truly amazing and included their signature blends of the Blow Pop Martini, Pineapple Cosmo, and the BEST Bloody Mary on the strip.  Trust me I'm not the one who said it that, Greg vouches for it!

The liquid nitrogen creates an exotic “fog” that enhances not only the overall presentation of the cocktail, but its taste and texture as well. The liquid nitrogen infused cocktails are served in an almost “slushy” state, allowing them to be enjoyed much like a shared dessert. As the temperature rises, the drink returns to a normal liquid state. 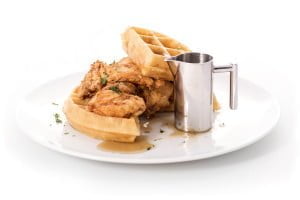 The main course, Chicken and Waffles, was truly to die for! Signature bacon waffles, buttermilk fried chicken, whipped butter, cinnamon  bourbon maple syrup and pure deliciousness!  If you make a venture over to the Sugar Factory along the strip in the Paris Hotel you won't be disappointed.  I have to say their cotton candy shots are also to die for but that's another story in itself.

I highly recommend Sugar Factory for a whole dining experience!

You can also shop the candy shop after for something to take home to the kidlets!