After we arrived in Puerto Vallarta our Spring Break vacation become real.  It is funny how you plan for months and think of all the fun things you want to do but reality never hits until you step off the plane and into the sunshine!  After a fun night on a pirate ship and a good night sleep at Playa Los Arcos we didn't think our vacation could get much better until we arrive at Aquaventuras Park for the Royal Dolphin Swim and Sea Lions Discovery!

I can't put into words how excited Cheyenne was to see a dolphin up close and personal and to actually swim with the dolphins.  When you're an eight year old girl swimming with the dolphins is a huge dream that you never thought could be possible.  Putting up with clouds and rain for the experience was well worth it.

We arrived and were greeted by friendly staff who checked us into our package that includes:

We were given a map that they were sure to point out meeting places with times, locker rental location, tube rental for the waterslides, and where the dolphin and sea lion shows could be seen.

The whole experience was educational you learned about habitats, training and taking care of the animals.  We were pleasantly surprised at how big the facility was for the animals.  Our group for the Swim and Discovery included a larger group of people which meant a lot of waiting while photographers grabbed a dozen or more shots of each individual. 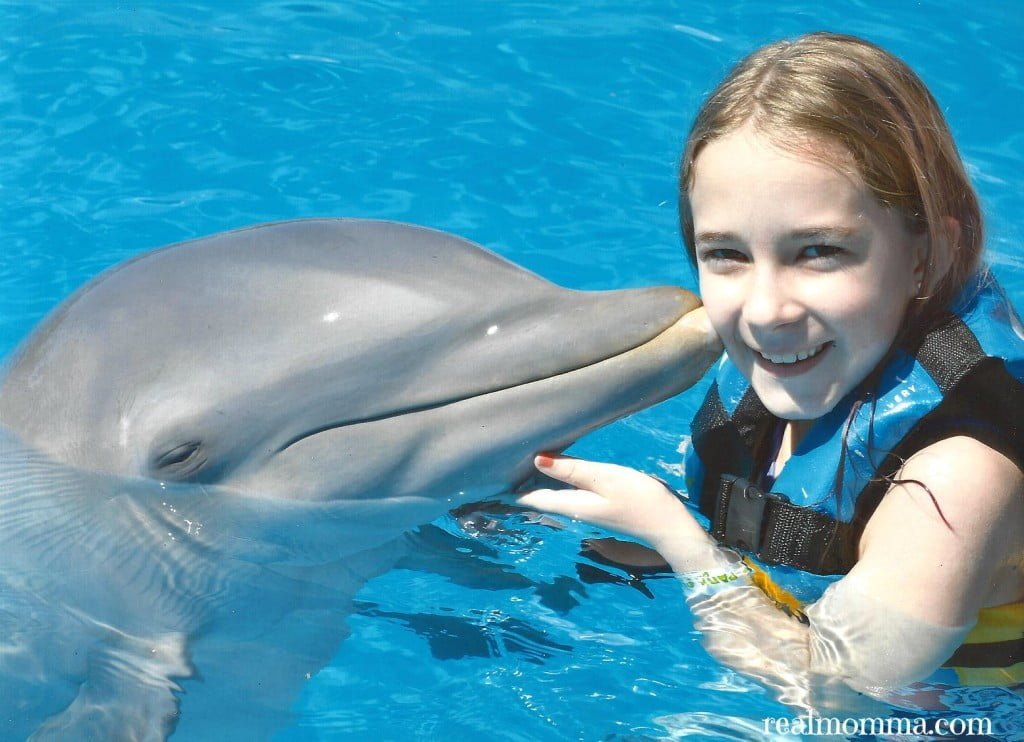 As a parent it made my day seeing the kids enjoying the dolphins up close and personal.  Cheyenne loved every aspect of it.  Dustin was a little small for the swim and toe push but he happily splashed in the water as he watched everyone else go.  For kids the experience was fascinating and watching their dreams come true was pretty amazing as a parent.  For the adults it got to be a little boring with a large group and all the picture taking but for us it was all about the kids.

The Discovery was short and sweet.  The trainer came out with the sea lion and introduced us to her and then did a quick speech while we were able to pet the sea lion and of course there were photographers taking photos.  It was cute how well trained the sea lion was to pose and stick out its tongue.  Dustin was too small for this activity as well as he would of made the sea lion nervous being so small. 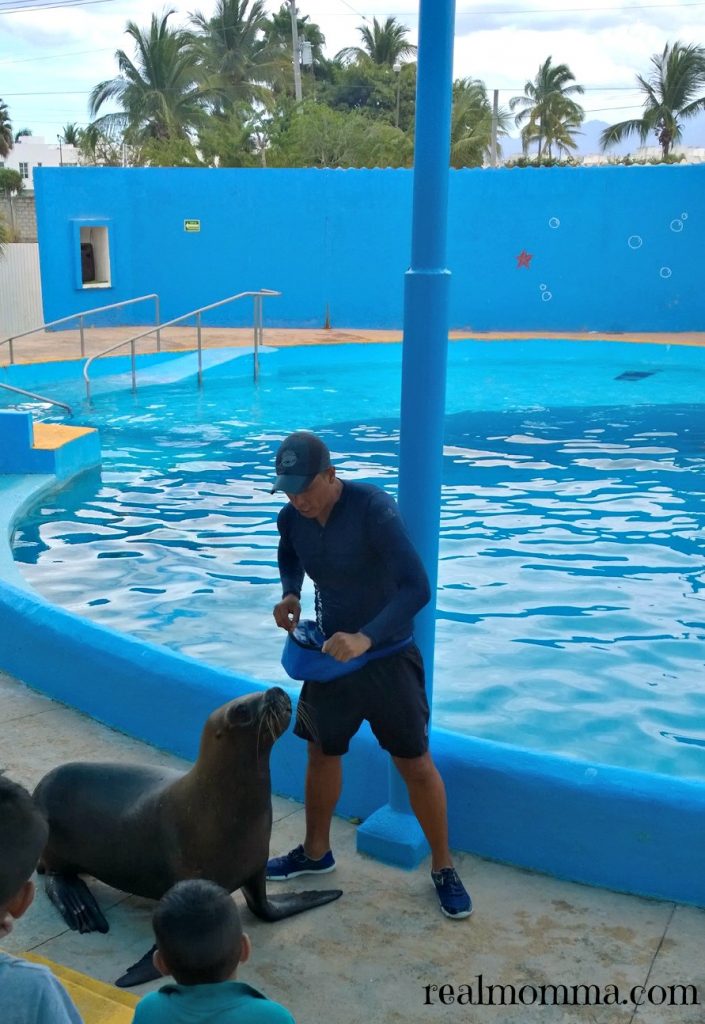 Cheyenne and I had a quick chance to explore the water slides while the boys took in the Dolphin show.  The slides were great and would of been refreshing if it were an extremely hot day.  The new ropes course looks like a lot of fun but with the rain it was a little dangerous to attempt.

A few things to remember about the experience is you can't take your own photos while doing the Dolphin Swim or Sea Lion Discovery.  You can purchase photos afterward that were taken by a photographer, we felt a little pressured by employees to make a large package purchase at the end but remember it is your money and you can say no.  Bring a towel, since it was a tourist attraction we thought they would be provided, we were wrong.

All things considered, it was a once in a lifetime experience at Aquaventuras Park especially for the kids.  Watching their faces light up when they were up close and personal with the dolphins is truly priceless.

Have you ever swam with dolphins?