This anime film is an adventure by Il-ho the Satellite Girl and a shy cow to save the world from a black monster and is set to release June 5, 2018. Available on Blu-Ray/DVD in English across Canada and the US in collaboration with GKIDS and SHout! Factory this charming fantasy/science fiction romance is recommended for kids 12 and up. 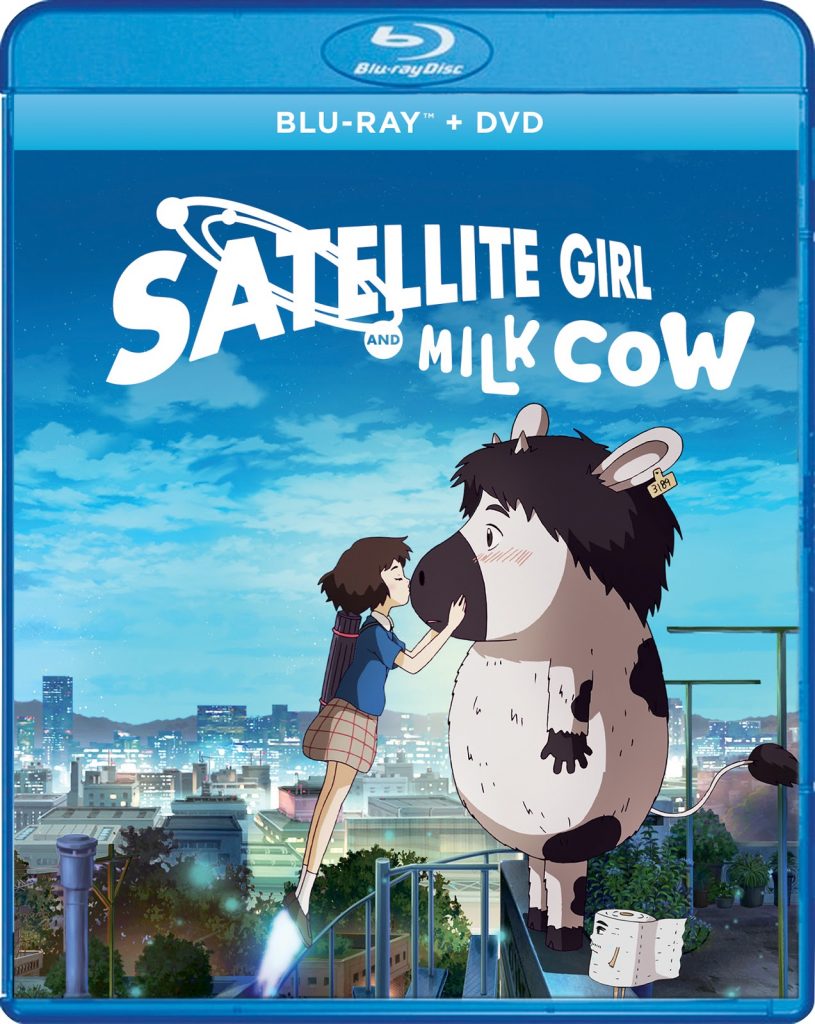 The debut feature-length film from Korean director Chang Hyung-yun, acclaimed creator of animated short films that have premiered and won prizes at festivals worldwide, the highly original Satellite Girl and Milk Cow was produced by Cho Young-kag (The Fake, The King of Pigs), and received an Asia Pacific Screen Award nomination for Best Animated Feature.

An out of commission satellite picks up a lovelorn ballad on her radio antenna and descends to Earth to find the source of such sincere emotions. But on the way she is caught in a raging magical battle and transforms into Satellite Girl, complete with rocket shoes and weapon-firing limbs. Meanwhile, the balladeer in question – a loser twenty-something at a café open mic – meets the fate that befalls all broken-hearted lovers: he is turned into a farm animal.

But love knows no bounds, and aided by the wise and powerful Merlin – a wizard who has been turned into a roll of toilet paper – our duo must evade the all-consuming incinerator monster, the wily pig witch, and other nefarious adversaries in an attempt to be together.

Satellite Girl and Milk Cow is an 81-minute film with audio available in Korean and English.  Subtitles are also available in English and French.  Bonus features include the short film Coffee Vending Machine And Its Sword, and trailers.

Who’s ready for a family movie night?  I’ve teamed up with Satellite Girl and Milk Cow to bring you a movie night in with the kids – we have three copies up for grabs!

Each Winner Receives: A copy of Satellite Girl and Milk Cow on DVD

Giveaway Open to: Canada and US, except where prohibited