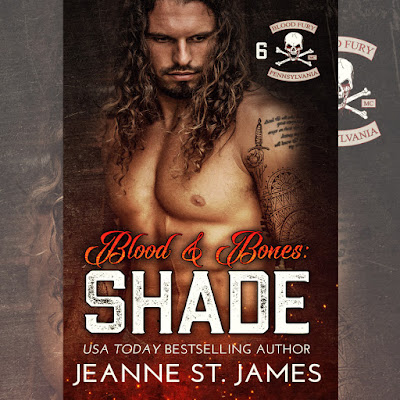 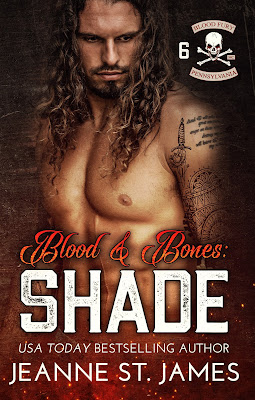 A past that defined a future…
Shade has a secret.
One he’s hidden most of his life.
Secrets created in his past.
Of a broken family. A little boy lost.
Of broken dreams. With only nightmares left in their wake.
As a prospect, his MC nicknamed him Shady because he’s quiet and keeps to himself.
As a patched member of the Blood Fury, he changed it to Shade, because that’s what he prefers… to stick to the shadows.
To remain unseen.
Then he sees her. A flicker of light at the end of a long, dark tunnel.
The only problem is, he may never escape that darkness until he sheds the chains of his past that weigh him down.
Note: Blood & Bones: Shade is the sixth book in the Blood Fury MC series and is an age-gap romance (younger man/older woman). As always, this book has no cheating, no cliffhanger and has an HEA. It’s recommended to read this series in order.

His soul was tainted and damaged, it wasn’t beautiful or whole. 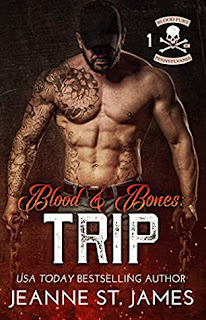 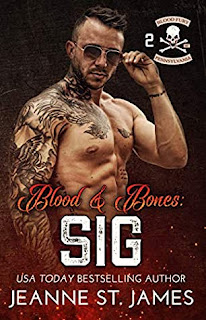 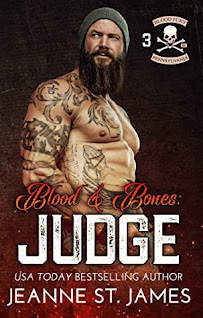 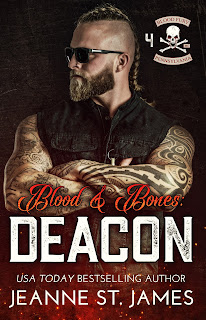 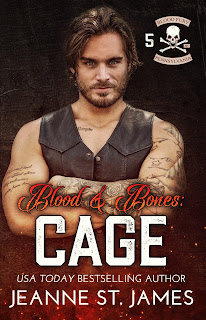 PreOrder: Through Your Eyes by Marianne Lomberg

We noticed you're visiting from United Kingdom (UK). We've updated our prices to Pound sterling for your shopping convenience. Use Canadian dollar instead. Dismiss