Choosing between glasses or contacts has never been an easy decision. That's because that unlike a lot of product lines, there isn't necessarily a better option. They both have their distinct pros and cons.

Having said that, most of us start out wearing glasses, and then at some point move over to contact lenses. That means we're well aware of the disadvantages. We all know somebody who doesn't like how they look in their glasses. There's something about the aesthetic that is, for whatever reason, unappealing. Perhaps it's the fact that it hides their eyes, or makes their features seem out of proportion.

Then there is the problem that glasses exert a constant pressure on the bridge of the nose. In some cases, this sensitive region can become slightly deformed over time. Some people find that the pressure causes headaches and fatigue. It seems strange to think that glasses can have such a profound effect. But it's all to do with the fact that they're worn all day, every day.

Of course, contact lenses don't exert a huge amount of force on your eyes, and they don't change the way you look. They're covert eyewear in a sense (unless you get coloured versions.) And you're also far less likely to absent-mindedly put them down somewhere and then forget about them. But they can become uncomfortable and itchy, especially after a long day. If you leave them in at night by accident or fall asleep during the day wearing them, you risk waking up with dry, red eyes.

Then there is the dreaded maintenance. Contact lenses require that you clean them every day. It's a chore that doesn't come with wearing glasses. So with all this in mind, which is better? 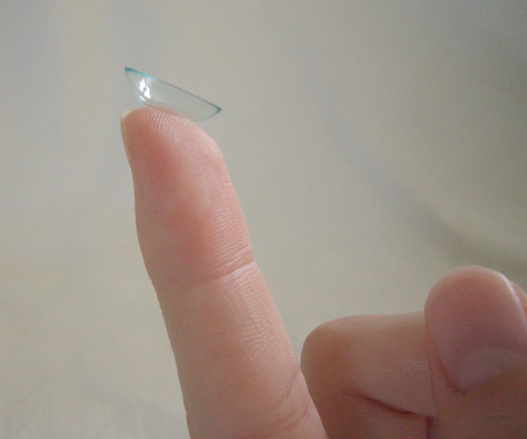 I think that on balance things are starting to favour contacts. One of the deal-breakers used to be whether contacts could actually emulate your prescription glasses. For instance, it was hard to find contacts for astigmatism. Now, though, there are contacts that accommodate the deformation of the eyeball that causes short-sightedness. They're shaped in a special way that makes the necessary adjustments to the light entering the eye, allowing you to see properly.

Then there is the fact that, once they're in, contact lenses stay out of the way. You're able to get on with your life without having to constant accommodate the cumbersome apparatus on your face. You can eat a bowl of soup without worrying about your glasses steaming up. You can play sports without having to choose between having your glasses smashed to bits and not being able to see what the heck you're doing.

If you don't suffer from dry eyes, and you're not trying to make a fashion statement, contacts can take away some of the hassles of wearing glasses. It's not a cut and dry decision: there are always pros and cons. But to my mind, things are starting to look up for the humble contact lens. And that's probably why they're so popular.